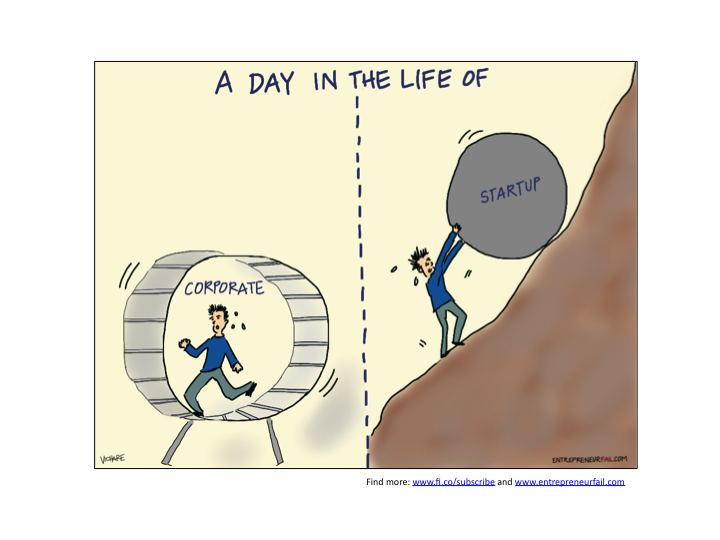 I have followed some heated arguments in social media about entrepreneurship. It’s all good, until we kind of weigh in into judge what is best. For example thoughts like,

Been an entrepreneur is way better than been an employee

If someone’s father is rich and influential, then son’s achievements are obvious.

Well on the surface these thoughts seems to be true. But life and business are not that simple.

There are good performers who wants to thrive on things they are good at, but they do not want to get the burden of running a business on their own. For an outsider it can be seen like a waste of talent, but for me that person is someone who’s self aware. He knows what’s good for him. He knows it’s better to avoid his weaknesses.So do we condemn him as a failure ? a wasted opportunity ? I guess we should not.  For example, I have seen great COO’s who thrive in their roles. They take the burden of operations off from the owners, so that owners can do more.

There are wonderful entrepreneurs who build up upon their family business and sometimes diverse in to new businesses and be successful. Do we see her as an ‘obvious’?. I guess we should not. Because there are plenty of businesses that go under when children take over. Those children were not disciplined to manage finances and they did not see they have anything to prove. So they plundered away with family inheritances and made the staff go home, and sell assets to pay the debts they dragged the business in to, or worse, because of their personal finance blunders.

Shah Rukh Khan was asked why his son is pursuing a career in film direction, and not in acting.

The answer from Shah Rukh is fascinating. I asked from my son, he said, “if I am successful people will say it’s because of my father’s influence, and if I fail, people would say he could not make it even with his father’s influence, So I should make my own path”